Geology of Greenland Survey Bulletin is discontinued and is not open for submissions.

Geology of Greenland Survey Bulletin was published by the Geological Survey of Greenland (GGU) between 1997 and 2002. It consists of 18 printed volumes of peer-reviewed monographs and research articles relevant to Greenland geology and gesocience.

GGU merged with the Geological Survey of Denmark (DGU) in 1995 to form a single organisation, GEUS. The two surveys maintained their own scientific series until these too were merged into one, GEUS Bulletin, in 2003. 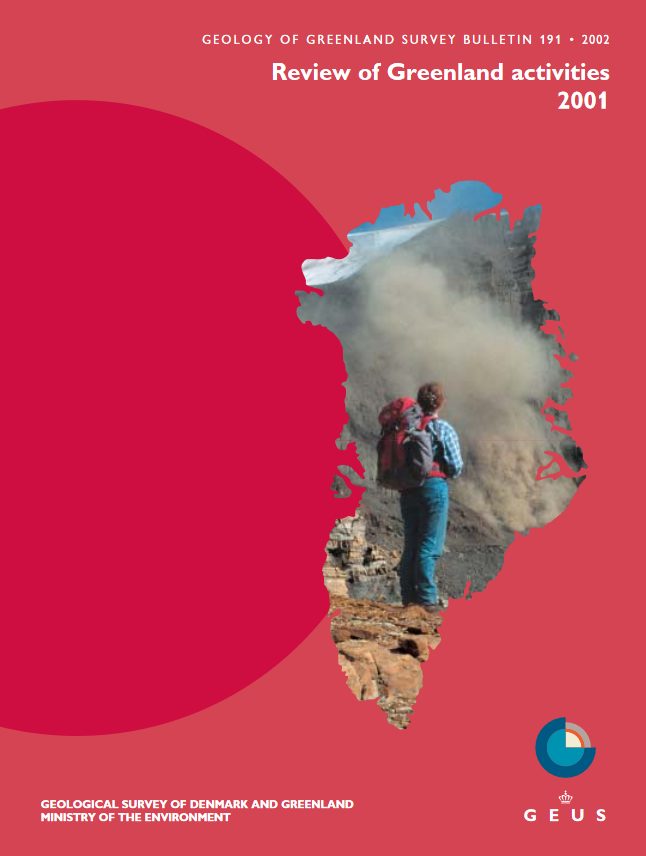 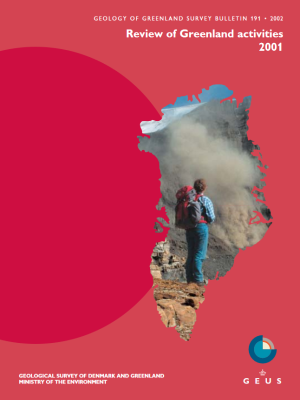 The Review of Greenland activities summarises the main operations carried out in Greenland each year by the Geological Survey of Denmark and Greenland (GEUS). This volume contains 18 technical papers reflecting field projects undertaken in 2001, introduced by a directorial review. A list of the Survey's scientific publications on Greenland is also included.

The technical papers report onshore and offshore activities based on both ground and shipborne surveys and from widely spaced regions stretching from southern Greenland (60°N) to North-East and North-West Greenland (80°N). Topics include economic geology and regional mapping in the Archaean of the Disko Bugt - Nordre Strømfjord region, petroleum geological studies, marine geophysical data acquisition and interpretation, stratigraphy and sedimentology of Lower Palaeozoic to Quaternary successions, and climate change.