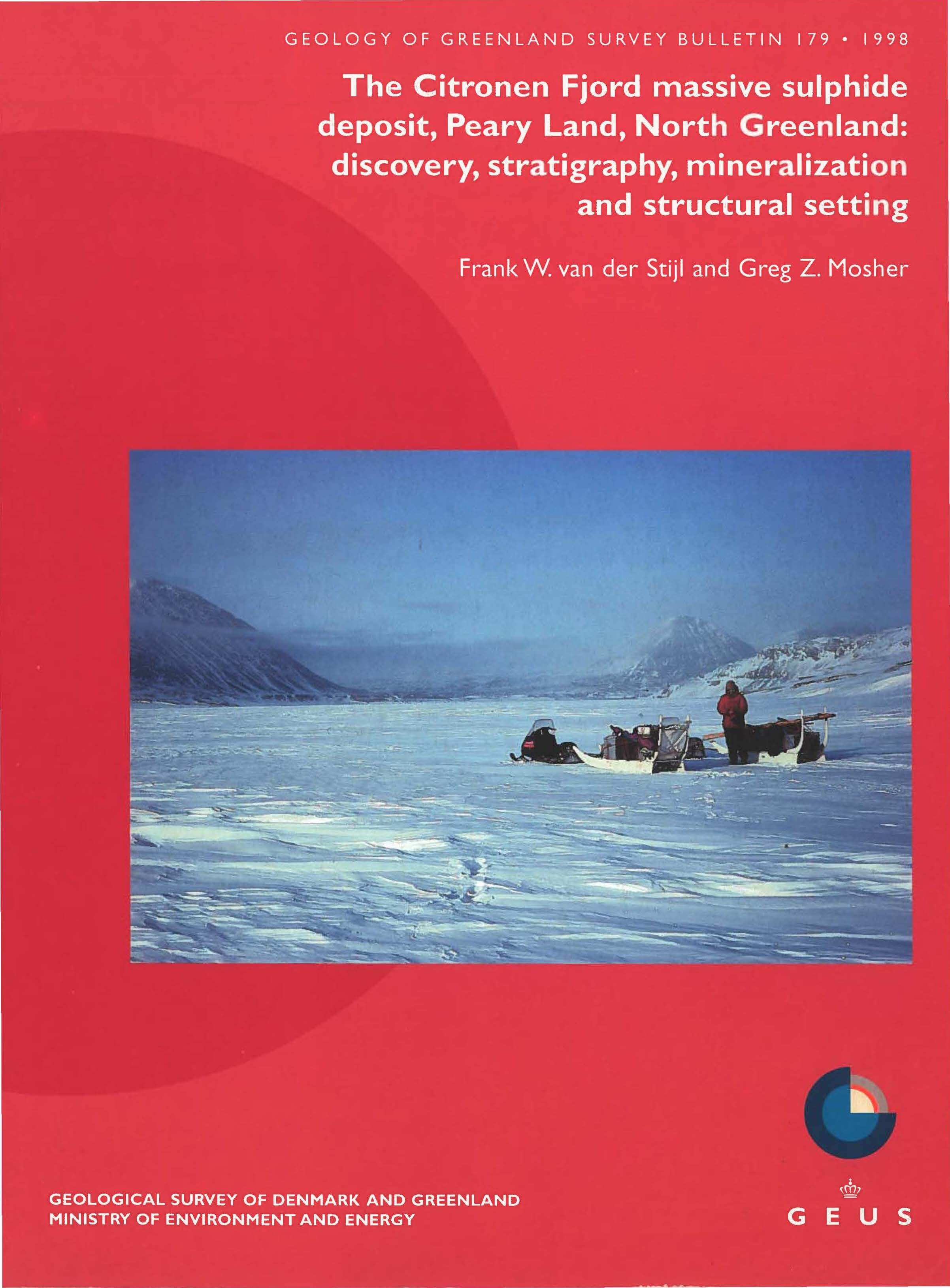 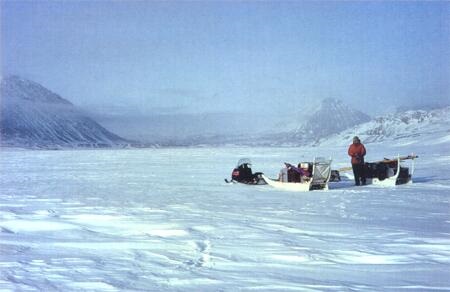 Photo: Low cloud and mist shroud the land on the eve of the discovery of the Citronen Fjord massive sulphide deposit in May 1993. The deposit was found during regional reconnaissance using Iow-cost logistics, viz. a skidoo-sledge expedition using the fjord ice. Primary targets were the reported gossans and sulphide showings in the Lower Palaeozoic sediments at Citronen Fjord. The scene shows the company Platinova?s arrival at the mouth of Citronen Fjord, looking south into the fjord with low-lying marine terraces visible at its head. Massive sulphides were encountered on the first-day of exploration in the low cloud-covered hills of the Discovery area (left background). The height of the mountain on the right is about 850 m. Photo: Stefan Bernstein, 17th May, 1993.

The Citronen Fjord massive sulphide deposit is the world's most northerly known base metal deposit. It is of sedimentary-exhalative type hosted in an Ordovician-Silurian starved basin sequence punctuated by carbonate debris flows derived from the nearby carbonate platform margin. The bulletin provides the first comprehensive account of the deposit from discovery in 1993 to its known characteristics after a 5-year drilling programme. A new map and cross-sections illustrate the geology; ore genesis is discussed in relationship to regional stratigraphy and structure. The discovery is an example of successful exploration strategy in the High Arctic based on evaluation of a major sedimentary basin (Franklinian Basin), sporadic gossans and sulphide showings, and low-cost logistics.